Your Guide to Bass Fishing with Live Worms

As a fan of bass fishing, I have been experimenting with different kinds of bait for years. And, from what I have seen, it doesn’t get any better than bass fishing with live worms. Of course, while bass do flock to live worms, it isn’t simple as spearing one on a hook.

Want the ultimate insight to using live worms? Find out everything you need to know here.

So, first things first, let’s take a look at why you should even bother using live worms with bass.

As you will have realized, most bass fish will have never seen larva or maggots in their lives. After all, earthworms are terrestrial creatures and are almost never found in lakes or rivers.

Well, believe it or not, there is actually scientific evidence behind this live bait:

According to an experiment conducted by the Berkeley Fish Research Center, bass are ten times more likely to swim to hooks with worms on them.

While researchers aren’t really sure why this phenomenon occurs, there is no denying that the results are in. I, myself, have seen this action and wholeheartedly believe that live worms really are the way to go.

Now, sure, you could be wondering why you have to use real worms when there are so many plastic options around. The reason that I would recommend the alive versions is for scent, appearance, and movement.

In the end, you won’t have to make quite as much of an effort when bass fishing with live bait.

Types of Worms to Use

While it is easy enough to think that one worm is as good as the next, this isn’t the case. Below, you will be able to see what type of creature you need to use if you want to get a certain kind of bass.

True to their name, nightcrawlers are only ever seen during the night, particularly after rain or dewfall. These critters are sensitive to light and will burrow into the soil during the daytime.

Another important fact about nightcrawlers – bass absolutely love them.

If you are going after largemouth bass, then this is the type of worm to use. Their size and natural, wriggling motion are sure to be a draw to the larger species.

Red worms can give nightcrawlers a run for their money in the wriggling department. This is why they are often known as red wigglers to anglers.

These worms also can stay alive longer than their nightcrawler brethren.

Typically, though, red worms don’t grow as long or as big and so are more useful when dangled in front of the smaller bass.

Despite their name, mealworms aren’t actually worms at all. They are larvae of beetles but their appearance and movement are similar to worms.

The good news is that the bass can’t actually tell the difference. So, if you are after smaller bass, mealworms can prove to be a good bait.

How to Catch Worms

As you are aware, the easiest way to get the worms you need is to head to a bait shop. However, if you want to catch them yourself, here is what you must know.

You can find nightcrawlers in the following areas:

When looking for nightcrawlers, start your search a few hours after the sun has set. By this time, the critters will have made their way to the surface of the soil.

If you aren’t a fan of going on a night hunt, then you should be just as successful early morning, shortly after a heavy rainfall.

Also wait until the temperature is around 50 degrees. If it is any warmer than this, the worms will most probably stay underground.

The great thing about looking for red worms is that they tend to congregate together. So, it’s quite easy to get a whole lot of them at once.

Due to the nature of these creatures, you will often find them near organic manure. These worms, too, prefer colder climes.

Mealworms can be a bit trickier to find. Their natural habitats include spots like the underside of rocks and rotten logs.

If you are after these critters, it may be easier for you to simply head over to a bait shop.

Catching the worms is only half the battle. You also have to find a way to keep them alive until your fishing trip.

Well, the best possible solution here is a worm box.

In most instances, any kind of box will do – empty refrigerators, bait boxes, etc. Just make sure that you can poke holes in the container to allow oxygen in.

After this, it is a matter of adding damp newspaper and enough moist soil for the worms to burrow in. you can scatter leaves and grass in the soil every so often to feed them.

The Best Hooks for Live Worms

Worms – and live bait in general – are quite a bit different from artificial bait and lures. So, for the best results, you are going to need the right kind of hooks to round out your gear.

You should focus on the following styles:

This type of hook is used because there are barbs on the shaft. This reduces the risk of your worms wriggling free in the water.

What’s great about this style is that the size variation ensures that you will find the perfect dimensions. 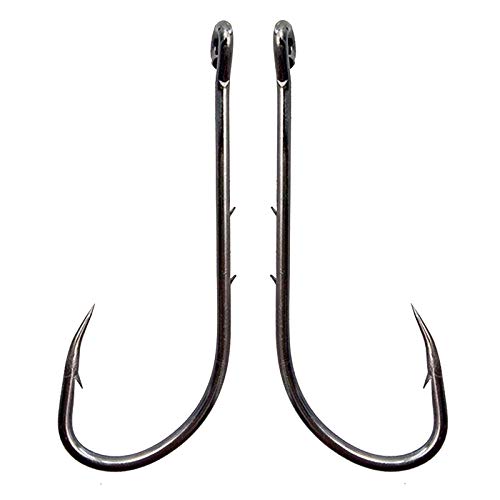 The telltale feature of the Aberdeen hook is the pronounced bend. It is also rather useful since the design allows you to hook the worm without doing too much damage to its body.

In turn, the worm is able to wriggle well in the water.

If you are serious about catching and releasing the bass, then this is the hook for you. When done right, you can prevent the fish from swallowing the hook too much.

Also, if you stick to the lighter versions, you will get quite a bit of movement from your worm as well. 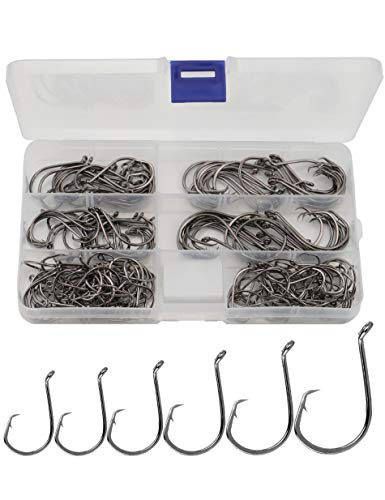 At first glance, the Octopus hook can look similar to the Circle design. However, there is less of a bend with the former option.

The reason the Octopus hook can be utilized is that its light weight allows for more movement from live bait. 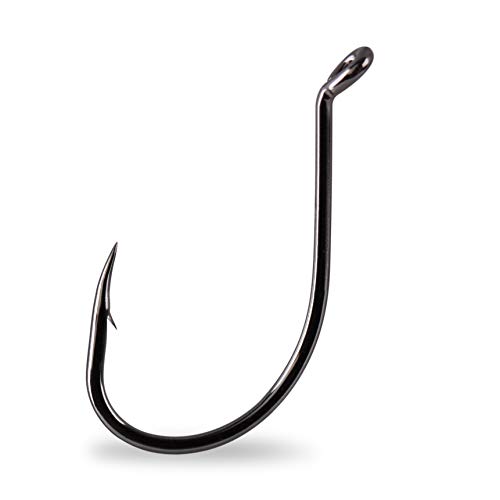 Now that you know what hooks to look for, it is time to figure out how to bait the worms onto them.

Fishing with Worms in Freshwater

One of the benefits of using worms when fishing is that you don’t really require any fancy rigs or complex setups. In many cases, you will find that a worm on a hook is enough to get the job done.

Still, there are a few points to keep in mind.

For example, if you are looking for a bass in either a stream or a river, position yourself upstream. This way, the current of the water will move the worm in a more enticing manner.

Since it is more likely that you will be fishing in lakes, you can troll the worms by themselves.

If you would like a bit more flash, you can troll the worm from behind a spinner.

As you can see, there may be a lot more to bass fishing with live worms than you might have expected! You have to be careful about the type of worm, hook style, and baiting technique when opting for this particular activity.

The good news, though, is that you are sure to be successful on your trip if you follow these tips. So, let me know below if you have any secrets to bass fishing with live worms. The 12 Best Ice Fishing Gear Picks For Every Angler

My Bass Fishing Setup Guide For The Year