HomeFishingWhat Are The Best Lipless Crankbaits

What Are The Best Lipless Crankbaits

Essentially, a lipless crankbait is a vibration lure. The fact that it has no lip, means that the lure does not dive but can be allowed to sink down to the depth of the water column where the fish are feeding.

When retrieving the lure, its sideways vibrative action causes a lot of commotion, which is a huge attraction to all fish within a distance of up to 100 yards. This is especially true for bass, who aggressively react to the vibrations felt in the water.

As an added bonus, not that it needs one, is that many of these lures also have an internal rattle. The fact that the lure can be cast good distances, allows it to cover vast areas of territory. Its unique shape also reduces the chances of getting it snagged when looking to cast to those tight “fishy” areas. 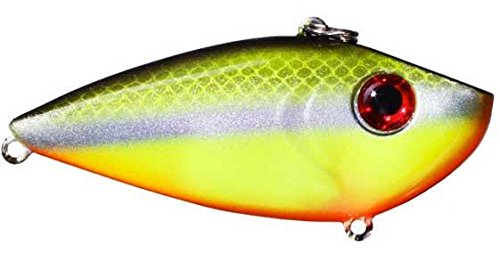 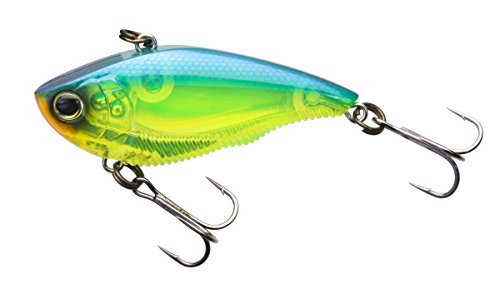 The lipless crankbait has an illustrious history, dating back to 1912. Think about it, that’s before World War One, when none of us was even born!

The first one was named the diamond wiggler and was in fact a sonic plug. Since that time, that original lure was modified or recreated in various forms. Some notables include the Bayou Boogie and Heddons Sonic in the 1950s and the Rat L Trap in the 1970s. What is noteworthy is that the maker of the Rat L Trap was Bill Lewis whose lures today are still considered to be “numero uno”.

Why should we use them?

The one simple fact why these lures should always be in your tackle box, is because they are so goddam versatile! Their ability to be fished at any depth and various speeds is such a bonus.

There are very few lures on the market that can be slowly retrieved deep or ripped across the water surface aggressively with equal success. This makes them such a valuable addition to your fishing arsenal.

As a result, they can be invaluable in new locations, as you can really search the area and find the fish if they are indeed there. Let’s now look at the unique features these lures possess:

See also  The Best Spearfishing Masks On The Market

What kind of tackle is best?

Let us look at what kinds of rods, reels and lines are best:

Rod choices are often dictated by the way you intend to fish this particular lure. If you want to rip the lure across shallow waters, then a fast tip with a medium action is the preferred choice and here’s why.

Simply because the rod will need to work pretty hard with lots of casts and aggressive retrieves. Irrespective of the way the rod will be used, around the 6 ft 6 “ to 7 ft range is most common. Although you can use a general rod that have the above features, there are now many crankbait specific rods available. Two of the best known are the St Croix Premier Cranking Rod which retails for around $185.00 and the Lews TPI Speedstick which is significantly more expensive. 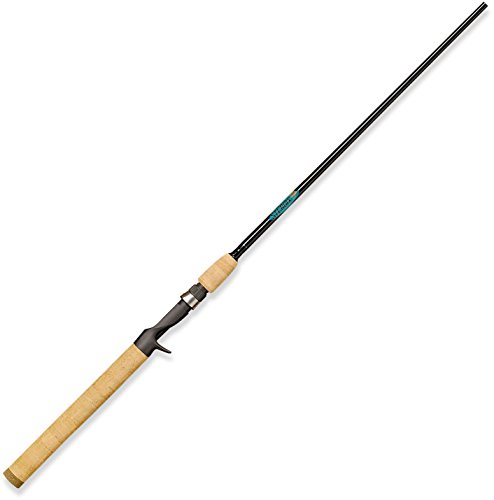 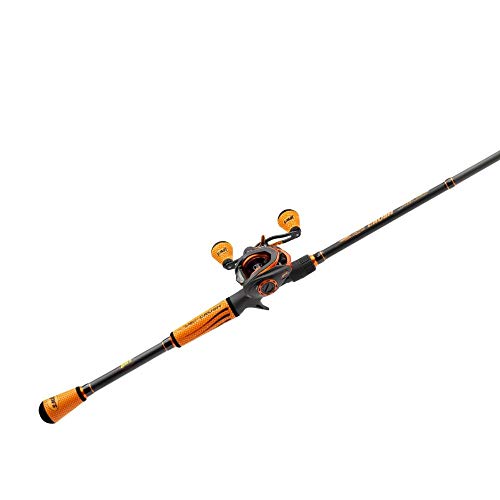 The reel of choice here appears to be an overhead because they are high speed with a reel gear ratio around 6:1 being ideal. This allows the angler to get the lure to the proper depth quicker and more efficiently than standard spinning reels. Reels to look at are the Lews Tournament MB which is a great all- round reel to the Daiwa Tatula SV TW for light crankbaits, both retailing on Amazon.com. To cast heavier lures, check out the Abu Garcia Revo Toro Beast, which also retails on amazon. 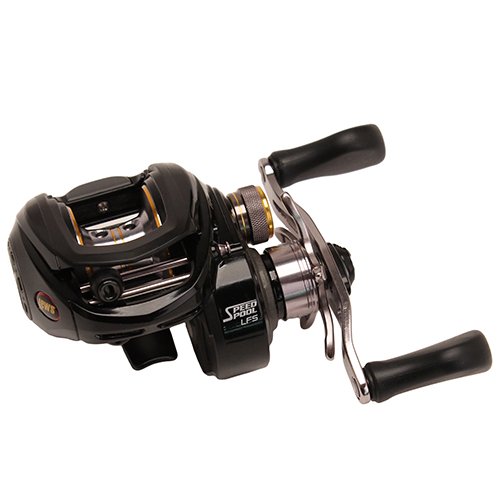 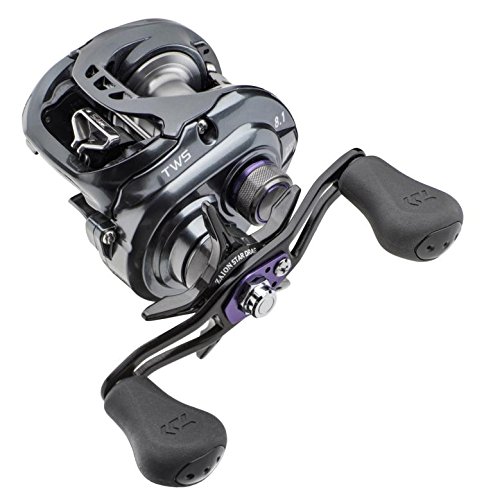 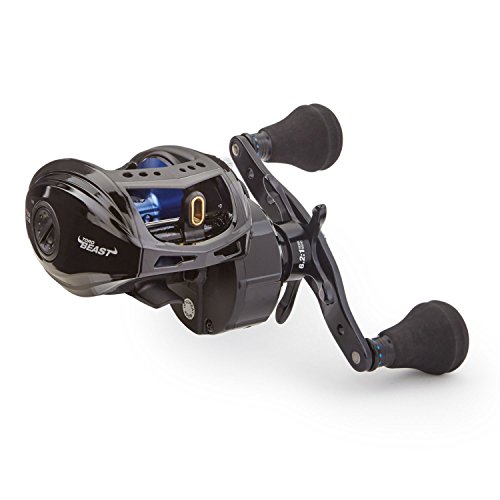 Monofilament and braid are the lines of choice here. Which one to use can depend on the type of rod being used. General consensus is that if you are using a stiffer rod with a fast tip then you need a line that has some stretch, so mono around 15-20 pound is ideal.

If you choose to use a rod that isn’t as stiff then braid is great, as it has greater feel and keeps you in touch with the lure when fishing deeper.

This fantastic lure is a sinking lure, which can be fished jig style or retrieved at slow and fast speeds. It is a solid lure that can be cast great distances and has a very loud rattle.

Just looking at this lure, what stands out is its incredible paint job. Added to that is the fact that its free fall rattle is second to none. It is very solidly made with high quality premium hooks.

This lure, designed by legendary Bill Lewis has been around since the 1970s and still a premier lipless crankbait choice. The lure has a terrific rattle sound and its greatest endorsement are the number of imitations that have constantly hit the market. 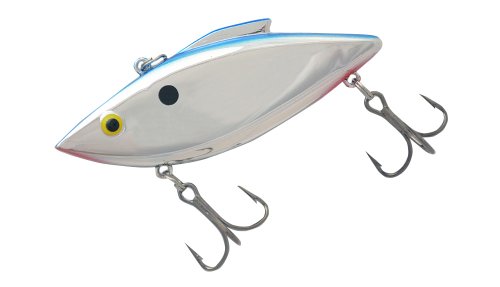 This is quite a big lure compared to others but still has a very strange and erratic action that really imitates a wounded fish. It’s made of single forged tungsten so it can be thrown into heavy terrain without any worries. 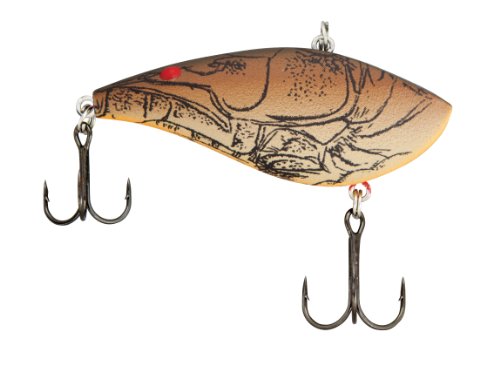 The Yo Zuri has a nice sinking action even though it does not have a lot of weight. An added plus is its nice rattling sound. Being able to fish this lure at all depths makes this a versatile lure that should be in every tackle box.

When using this lure for bass, we need to consider their feeding habits. They are such an unpredictable predator, not looking at any kind of bait or lure one day but ravenous the next.

However, this is why this lure is such a bonus: with all the rattling and water vibration this lure can generate, bass almost attack with a reflex action.

It does seem in this instance, that the lighter you can fish, the better. Look at light lines dependant on the weight of the lures. Also consider using a rod tip that is as light as possible so you can then regulate the amount of vibration through different retrieve speeds.

Another variable to consider is the speed of retrieve based on the water conditions. A general rule is the clearer the water the faster the retrieve. Another very successful retrieve technique to use is to speed retrieve, then stop, allowing the lure to rise, then speed retrieve again. This will attract even the most stubborn bass as this kind of lure movement really piques their interest.

Jigging with a lipless crankbait according to David Fritts, a tournament angler,

is more effective than simply casting and winding

He believes that bass absolutely love lures that fall slowly through the water column and with the added vibration can be fished quite deep, with great success. To achieve the desired noise and vibration, lift the rod tip quickly after the initial fall.

As has been mentioned earlier in the article, this lure can be used in an exploratory fashion because it can be cast great distances. When trying to find those schooling bass, really use it to cover lots of areas in both shallow and deep water. If you find bass, cast beyond where they are located and cast back into them.

If you are lucky enough to own a boat, trolling the lure allows you to cover enormous territory. This is particular effective in deep water where the lure should be trolled around 3 mph at a good distance behind the boat, up to 30-35 meters. Rather than letting the rod sit stationary, hold it and sweep it forward and backward. This allows the lure to rise and fall and a real target for those bass sitting close by.

Another consideration are lure colors. Of course this can be up to personal taste but many tournament anglers state that silver, gold and perch color have proven to be very successful.

Wrapping it all up

There is really no one lure that is better than the rest in all conditions. If there was, then lure manufacturers would only sell one kind. However, the closest lure we have found that comes close is the lipless crankbait. Its versatility is second to none simply by looking at the different terrain they can cover. From shallow areas like bars and flats, to deep channels and drop offs, to submerged weed grasses and around logs and rocks, the lure will work a treat.

A major issue when fishing with lures is the cost, when a typical session can mean a lost lure or 3 ☺. However a lipless crankbait is designed in such a way that it is very much “snag friendly”. This feature alone, makes your fishing more enjoyable as there is nothing worse than spending much of your fishing time, trying to extract your lure from less than favourable surroundings.

However, this bad experience is only heightened, when it’s a decent fish that has run for cover after being hooked and neither lure nor decent fish comes back!

For me, the greatest thing about this kind of fishing is that it is a great learning experience. The more you experiment with different retrieve speeds, depths, techniques and environments, the better a fisherman you become. Remember, a thinking angler will outfish most anglers 90% of the time. Best Spinnerbait Rod Reviews And Top Tips To Choose One How To Spool a Spinning Reel How Do Fishing Nets Work?